Vahan Mardirossian, the internationally renowned Armenian conductor and virtuoso pianist, has just been named Chief Conductor of City Chamber Orchestra of Hong Kong (CCOHK). He assumes the role from the orchestra’s 2019/2020 season. His recent positions include Principal Conductor of the Caen Symphony Orchestra in France since 2010 and Music Director of the National Chamber Orchestra of Armenia since 2011. His inaugural concert will take place on 30 September 2019 at the Hong Kong City Hall Concert Hall, 8:00pm with French violin virtuoso Augustin Dumay as the featured soloist. The concert also marks the opening of CCOHK’s 20th anniversary season. Later in the season Vahan Mardirossian will also be featured in a concert for Le French May Arts Festival 2020 as both conductor and piano soloist. Henry CC Chan, Chairman of CCOHK’s Board of Directors, comments “We are all excited to welcome the renowned Vahan Mardirossian as Chief Conductor. He’s a big talent capable of opening up a new chapter for the orchestra.”

Born in Armenia and based in Paris, Vahan Mardirossian graduated with distinction from the Paris Conservatory. After participating in masterclasses with Kurt Masur in 2006 he began an international career as both conductor and piano soloist. This season he will appear as guest conductor with the New Japan Philharmonic, the Kyushu Symphony Orchestra, the Kansai Philharmonic Orchestra, the National Symphony Orchestra of Colombia and the Orchestre Royal de Chambre de Wallonie among others. Praised by Le Monde for his “powerful virtuosity and for the delicacy of his touch”, Vahan Mardirossian gives frequent recitals as a piano soloist under the baton of conductors including Paavo Järvi, Yuri Ahronovitch and Kurt Masur. He is often heard giving performances of major piano concertos while conducting from the piano.

Vahan Mardirossian resumes the position of Jean Thorel who served as CCOHK’s chief conductor from 2008 to 2016. His previous concerts as guest conductor of CCOHK include a concert in 2018 as part of Le French May Arts Festival with the Habanera Saxophone Quartet followed by a tour to the 20th China Shanghai International Arts Festival. CCOHK’s Founder and Artistic Director Leanne Nicholls comments: “After a long search we are looking forward to the start of our third decade with Vahan Mardirossian as Chief Conductor. Vahan Mardirossian is both a charismatic musician and a strong musical leader with years of experience building orchestras. He is also an active soloist of the highest calibre. This distinguishes him from many of his peers, and brings another dynamic level to CCOHK unmatched elsewhere in Hong Kong and in Asia.” Thrilled by his new post, Vahan Mardirossian adds: “All exciting journeys begin with a first step. I first conducted this marvellous orchestra just a year ago thanks to the invitation of CCOHK’s Artistic Director Leanne Nicholls. From our first collaboration, I sensed the professionalism and dedication of the players and a great desire to make music. I’m honoured to take up the role of Chief Conductor and to take over the legacy left by former Chief Conductor Jean Thorel. There’s huge potential and I am looking forward to playing my part in making CCOHK the major reference chamber orchestra in Asia. May the journey begin!” 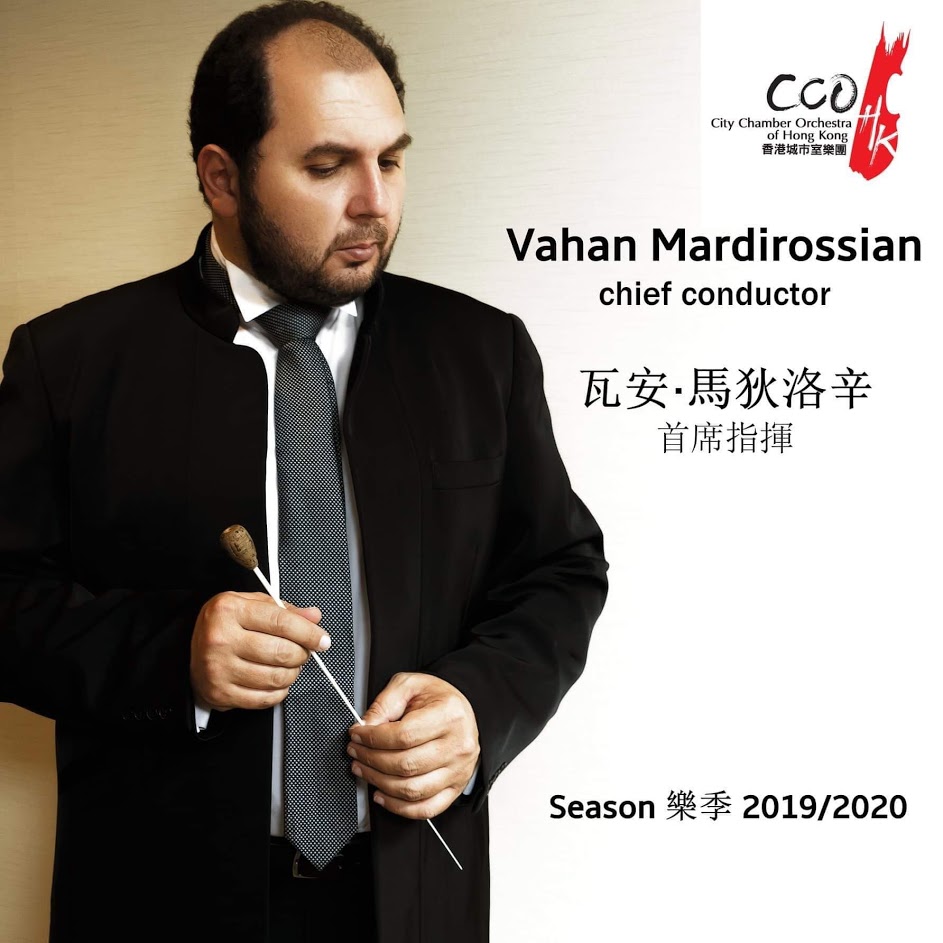